GET A FREE FIXED QUOTE

FIND OUT ABOUT Keston BOILERS PRICES AND THEIR BOILER RANGE

Get My Free
Quotes Now

Available in outputs upwards of 30kW, Keston boilers are high-performance appliances that are designed for larger homes.

The range includes combi, system and heat only boilers, all of which are environmentally friendly and SEDBUK A rated for energy efficiency. One of the main advantages of a Keston boiler is the unique twin-flue system that allows the units to be positioned more than 20 metres away from the flue outlet.

The latest range from Keston was launched in 2013 and includes combi, system and heat only boilers in outputs from 30kW to 55kW. These boilers are built in this country for the British market and all products are quality control checked to ensure each unit is produced to the highest standard.

There is only one model in the Keston combi boiler range and it comes in outputs of 30kW (the C30) and 35kW (the C35) with hot water flow rates of 12.4 and 14.5 respectively. Both units are combination boilers, meaning you don’t need to have a cold water tank in the loft or a hot water storage cylinder in your airing cupboard.

Keston’s combi C30 and C35 are wall-hung boilers that can be installed in a standard-sized kitchen cupboard or almost anywhere else in your home. Features include frost protection, weather compensation and a visible pressure gauge, as well as simple controls and a decent backlit display.

Keston System Boilers with an Average Price of £1,094.79 are Simple and Reliable

Like the combi range, the Keston system boiler range consists of one model but it is only available in a power output of 30kW. It can also fit in most kitchen cupboards, however, it must be installed alongside a separate cylinder for storing your hot water.

The Keston System S30 has many of the same features as the combi, such as weather compensation, a visible pressure gauge and built-in frost protection. This appliance also comes with a digital display with simple diagnostics and can be supplied with a range of flueing options so that it can be installed in most properties.

With an average price of £1,094.79, the S30 is the cheapest boiler from Keston and includes a 5-year warranty as standard.

Again, there is only one model in the Keston heat only boiler range, which is offered in outputs of 45kW and 55kW. As it requires a cold water tank and a hot water cylinder, the boiler is best suited to properties that have a traditional heating system.

Although powerful, the Heat boiler is lightweight and can be installed either on a wall or into a floor mounted frame. It’s also suitable for cascade operation, meaning up to 4 units can be combined to provide a higher overall output for a large home or small commercial site with greater demands. 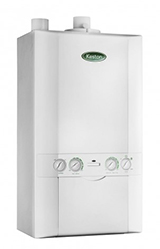 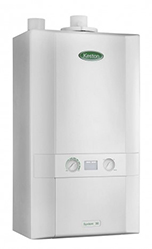 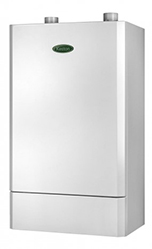 I am writer that specialises in the Home Improvement and DIY sector. I have been writing about the boiler market for the last 15 years.

Once your engineer has helped you to select a Keston boiler, you’ll need to obtain quotes from reputable sources. Don’t forget to get at least a few quotes on the boiler and installation so that you can compare prices and find the best deal. If you haven’t the time to do the legwork, feel free to use our online service to receive no-obligation quotes from reputable businesses and Gas Safe installers.

It’s important to make sure you choose a Gas Safe registered engineer to install your Keston boiler. You also need to check if they are fully qualified to carry out the work to ensure your boiler is fitted safely and legally. To find out the qualifications and registration status of an engineer, ask to view the front and back of their Gas Safe ID card. Alternatively, you can use the different search options at the official Gas Safe Register website to find registered installers local to you.

LOOKING FOR A NEW BOILER?

This site uses Akismet to reduce spam. Learn how your comment data is processed.